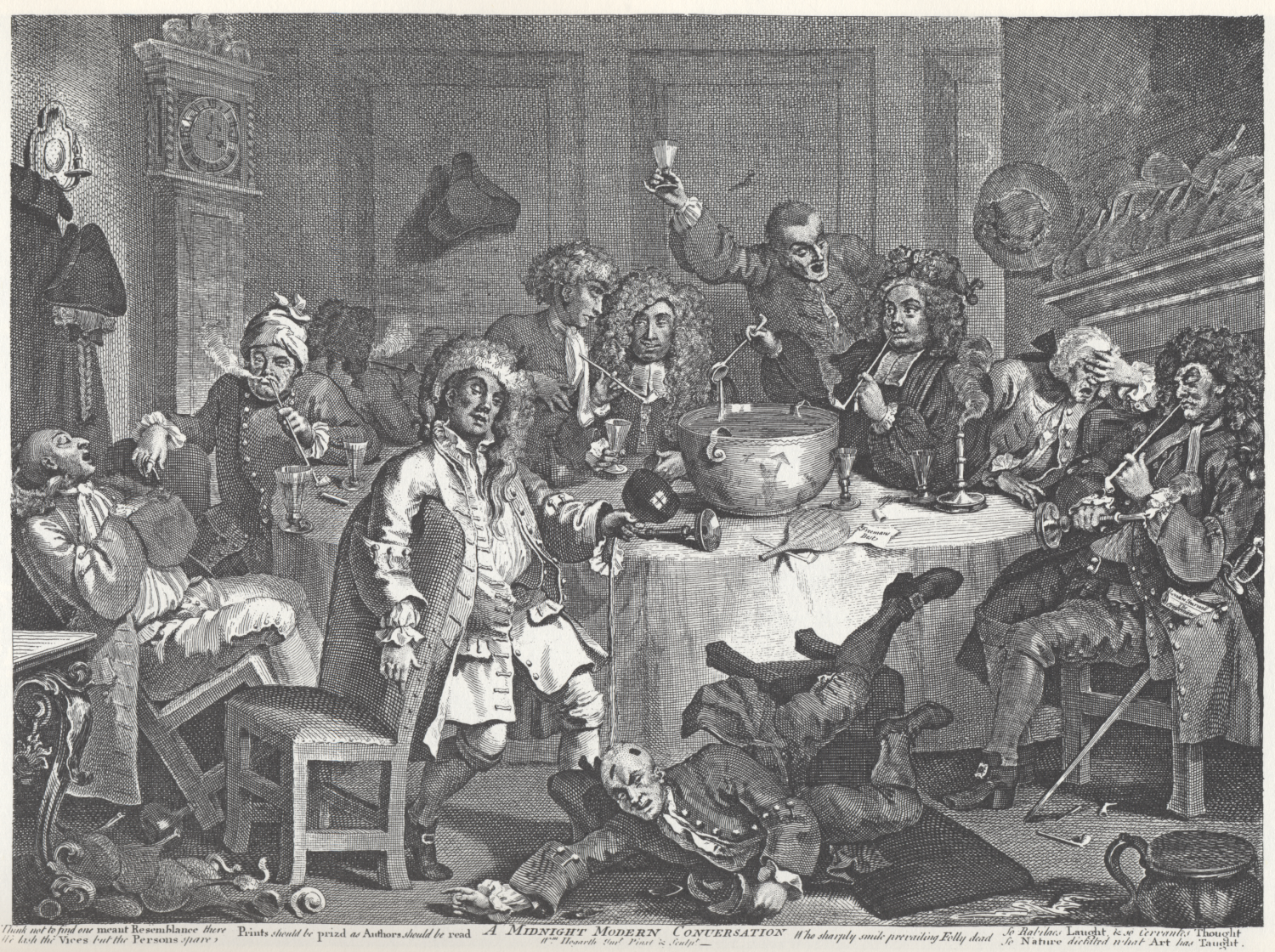 Our editorial board is responsible for the day-to-day running of the Press. We don’t do everything but we should, at least in principle, know everything that’s going on. So if you have any questions, comments or suggestions, do get in touch! We plan to gradually expand our team over the coming years, so if you share our ideals and are interested in investing serious amounts of time in the cause of Open Access, we’d be very interested in hearing from you. Kısmet is fundamentally an egalitarian enterprise, and we are therefore particularly interested in hearing from anyone who can help us to diversify the skills, experiences and backgrounds of our board.

Kıvılcım has worked in arts and culture, publishing, and the higher education industry in different capacities for the past two decades. She has a BA in Comparative Literature from Istanbul Bilgi University and an MA and a PhD in Medieval Studies from the University of Leeds. Her most recent research focuses on book history and she is especially interested in medieval historiography, manuscript studies and digital humanities. She has been living in Copenhagen since summer of 2016.

Alessandro studied medieval history in Rome and Edinburgh, and developed a long-lasting interest in research in the humanities, as well as in the dynamics of its publication and dissemination. An open source and open access supporter, he mainly works in IT while also freelancing as translator and copy editor.

Our advisory board provides us with invaluable expertise on academic, publishing and charitable issues. The role is advisory rather than editorial per se. Our advisory board members help to shape the press; suggesting potential themes, series and authors, connecting us with colleagues, and reviewing book proposals and manuscripts. They also contribute to the organisation and running of the press, and help us to fulfil Kısmet’s charitable mission.

It is our hope that Kısmet will develop organically through collaborations with authors, readers and other interested parties. Accordingly, if you would like to join our advisory board, or simply give us your thoughts, comments and advice, we’d love to hear from you. Kısmet is fundamentally an egalitarian enterprise, and we are therefore particularly interested in hearing from anyone who can help us to diversify the skills, experiences and backgrounds of our board.

Alaric Hall is lecturer in the School of English, University of Leeds. His research focuses on Britain and Scandinavia, 500-1600. He is best known for his work on early medieval non-Christian beliefs, but has also worked on Anglo-Saxon place-names and plant-names, multilingualism, fornaldarsögur and riddarasögur, and the Icelandic financial crisis. Alaric also likes to play drums, go to old man pubs, stay in his tent, and try to read books from Finland, Iceland and Sweden.

David Hoghton-Carter is a Leeds-based social entrepreneur, very active in the regional charity, non-profit and business communities. He is currently developing CoLab North CIC, a new hub venue for Yorkshire’s makers, inventors and technologists which will provide science lab and tech workshop space in a collaborative, democratic environment which supports dynamic grassroots innovation. David has previously supported a range of Leeds-based charities and social enterprises, including three social enterprise start-ups. He also holds two Degrees in political philosophy, has written for the Guardian and the UK Defence Forum, and is an unabashed business ethics obsessive and geopolitical policy wonk.

Ian N. Wood is Professor of Early Medieval History at the University of Leeds. He has been involved in numerous projects, including the European Science Foundation’s scientific programme on the Transformation of the Roman World (1992-8), and the HERA-funded project Cultural memory and the resources of the past, 400-1000 AD. His research encompasses Late Roman culture, the barbarian kingdoms of the Dark Ages, Anglo-Saxon sculpture and Northumbrian monasticism. He has recently published a book on The Modern Origins of the Early Middle Ages.

James Palmer is lecturer in medieval history at the University of St Andrews. He works on the religion and culture of early medieval Europe, focusing on the Merovingian and Carolingian worlds. He has written two books, Anglo-Saxons in a Frankish World 690-900 (2009) and The Apocalypse in the Early Middle Ages (2014), plus lots of shorter pieces.

Originally from Canada, Jason travelled to Europe 2009 to undertake a one year MPhil at Cambridge University, however, he liked Europe so much that he stayed until 2015. In addition to co-founding Kısmet, Jason is also a published academic author and freelance academic editor. Jason was a teaching assistant in the School of History and the Institute for Medieval Studies at the University of Leeds from 2011-2013. Jason continues to conduct research into the role that monstrosity played in the writings of Late Antiquity and the Early Middle Ages. He has also presented numerous academic papers at universities in America, Austria, Canada, Iceland, and the UK.

Julian CH Lee is a Senior Lecturer in Global Studies at RMIT University. With a PhD in Anthropology, he has published on social activism in Malaysia and in the field of Global Studies. His sole-authored books include Policing Sexuality: Sex, Society, and the State (2011) and Second Thoughts: On Malaysia, Globalisation, Society and Self (2015). Among other volumes, he is also editor of Narratives of Globalization (2016), Punks, Monks and Politics (2016) and Trajectories (2016). His film collaborations include the short documentaries For Japan, Our Sister (2015) and Caring at a Distance (2017).

Mahir M. Yavuz is an interdisciplinary designer, researcher and artist based in New York. He works as a creative director & data visualization expert and he is a Ph.D. candidate in Interface Culture at the University of Art and Design Linz.

Since 2003, he has also been lecturing and conducting workshops on visualization and information design at universities in Turkey, Austria, Canada and the U.S. Yavuz’s work has been exhibited internationally including Ars Electronica Festival, Siggraph, Istanbul Biennial and ISEA among others.

Mayke de Jong is Professor of Medieval History at Utrecht University, and a specialist of the political and religious history of the early middle ages. She has published widely on monastic life, biblical commentary, penance, historiography and political discourse in the Carolingian period. She is involved in numerous projects, including, ‘Marginal Scholarship. The practice of Learning in Early Middle Ages’ and ‘Charlemagne’s Backyard? Rural society in the Netherlands in the Carolingian Age. An archaeological perspective’.

Óscar Perea-Rodríguez is expert on the primary sources for the study of Medieval and Renaissance Iberian literatures and cultures, especially songbook poetry written in Spanish. He also is involved with Spanish vernacular Humanism, the Islamic, Hebrew, and Christian background of Medieval Iberia, as well as women and Jewish and converso writers in the 15th-16th c. Engaged in Digital Humanities since 1999, he has recently begun to write a blog (http://opr71.blogspot.co.uk/) in order to spread both his research and teaching to the general public. However, occasionally he can also post about his two other major passions: basketball and American rock and roll of the 80’s.

Paul Brazinski is a Church Historian at The Catholic University of America, where he specializes on late antique theology and archaeology. He has published on pilgrimage, relics, and the reception of the Bible. He has excavated at the Athenian Agora, Thebes (GR), Cinigiano (IT), Bedfordshire (UK), and volunteered at the Ancient Corinth Museum.

Originally from Mercia, Ricky grew up in Norfolk before travelling to his ancestral homeland of Lancaster to begin his studies of the medieval period. Undergraduate and Master’s degrees were interspersed with an epic voyage to the Antipodes. Since 2009 Ricky has resided in Leeds where he undertook a PhD, co-founded the journal Networks and Neighbours, of which he is one of the editors, taught in the School of History at the University of Leeds and edited the website of the Institute for Medieval Studies. In amongst all this, Ricky somehow found time to publish research articles, reviews and interviews and give academic papers to audiences in the UK, the Netherlands, Italy and Austria. He is currently preparing articles and monographs based on his PhD thesis, as well as undertaking further research on issues of identity, community and otherness in the Early Middle Ages.

Zachary Guiliano is a Ph.D. candidate in history at St. John’s College (Cambridge) and a Gates Cambridge Scholar. His academic interests include patristic exegesis and its reception, as well as the role of scriptural interpretation in the spiritual life. He is the editor of Covenant, author of various articles, short essays, and reviews, and co-editor of two volumes in the new Studies in Episcopal and Anglican Theology series edited by C.K. Robertson.