Martial Virtues and Manly Romanitas in the Early Byzantine Empire

This monograph examines the various ways martial virtues and images of the soldier’s life shaped early Byzantine cultural ideals of masculinity. It contends that in many of the visual and literary sources from the fourth to the seventh centuries CE, conceptualisations of the soldier’s life and the ideal manly life were often the same. By taking this stance, the book challenges the view found in many recent studies on Late Roman and early Byzantine masculinity that suggest a Christian ideal of manliness based on extreme ascetic virtues and pacifism had superseded militarism and courage as the dominant component of hegemonic masculine ideology. Though the monograph does not reject the relevance of Christian constructions of masculinity for helping one understand early Byzantine society and its diverse representations of masculinity, it seeks to balance these modern studies’ often heavy emphasis on “rigorist” Christian sources with the more customary attitudes we find in the secular, and indeed some Christian texts, praising military virtues as an essential aspect of Byzantine manliness. The connection between martial virtues and “true” manliness remained a powerful cultural force in the period covered in this study. Indeed, the reader of this work will find that the “manliness of war” is on display in much of the surviving early Byzantine literature, secular and Christian.

Michael Edward Stewart is an honorary Fellow in the school of History and Philosophical Inquiry at the University of Queensland. His research focuses on issues of culture, gender, and identity in Late Antiquity. He has published a number of articles on these themes. His most recent paper, “The Danger of the Soft Life: Manly and Unmanly Romans in Procopius’ Gothic Wars” will appear in the Journal of Late Antiquity in 2017.

Table of contents
1. Introduction
2. The Study of Men as a Gender
3. Vita Militaris: The Soldier’s Life
4. The Manly Emperor: Conceptualisations of Manliness, Courage, and Ideal Leadership at the Opening of the Fifth Century
5. The Wars Most Peaceful: Militarism, Piety, and Constructions of Christian Manliness in the Theodosian Age
6. Representations of Power and Imperial Manliness in the Age of Theodosius II
7. Emperors and Generals: Pathways to Power in the Age of Leo I
8. Contests of Manly Virtue in Procopius’ Gothic War
9. Conclusion: Lingering Manly Romanitas in Byzantium

Support open access and indie bookstores: purchase your hardback or paperback copy from our Bookshop stores in the UK and the US.

Other ways to purchase this book

Available as hardback, paperback and ebook. 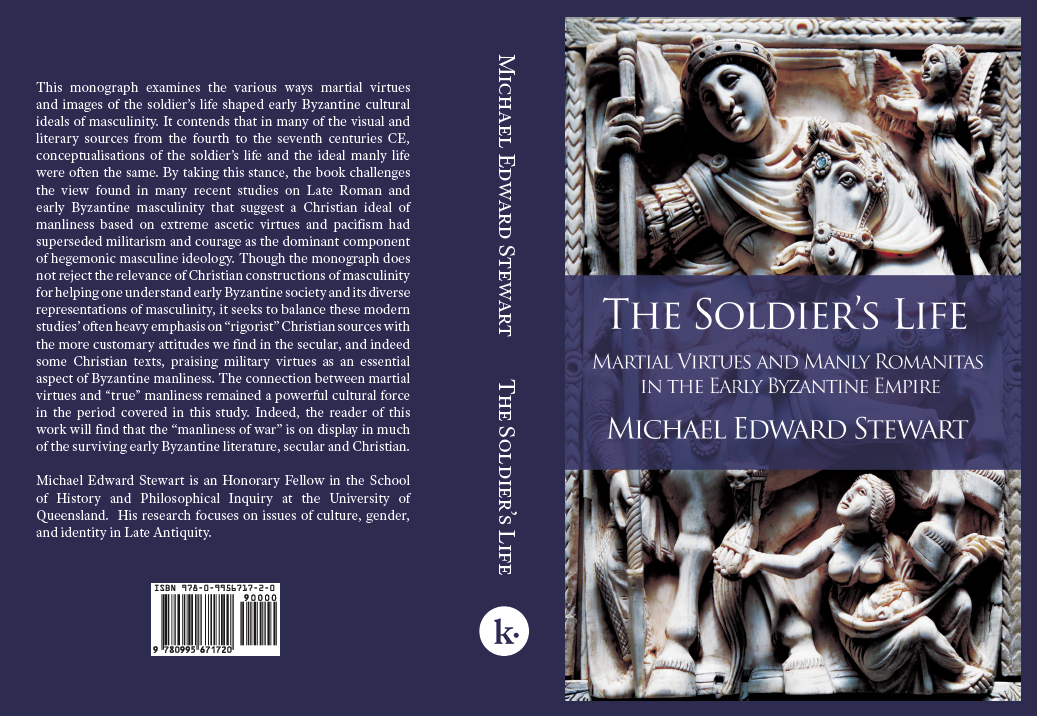