The Liber Papiensis in the Long Eleventh Century 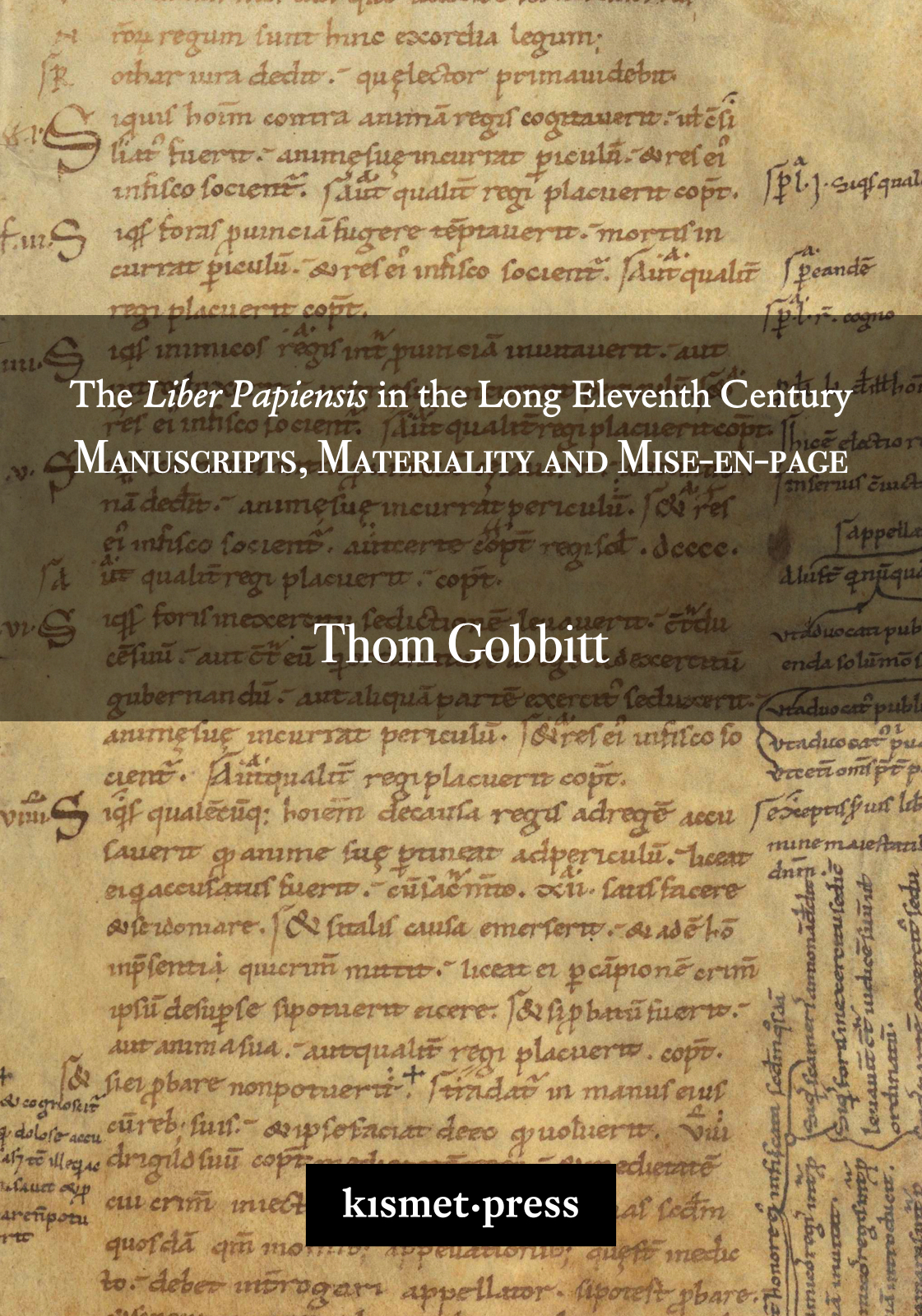 The Liber Papiensis in the Long Eleventh Century: Manuscripts, Materiality and Mise-en-page offers an in-depth, manuscript-led analysis of seven surviving law-books, produced by or in association with the flourishing Lombardist legal studies of the long eleventh-century. It centers the materiality of the laws and capitularies as fundamental for understanding how the laws were understood, the books were read and the laws might be studied. Each of the seven main chapters is dedicated to an individual manuscript and arranged—as much as paleographic dating allows—in the order of their production, from the second quarter of the eleventh century, through to the first quarter of the twelfth. While the location where most of the manuscripts remains unknown, the monograph considers them in terms of their proximity to or distance from the cutting edge of Lombardist legal studies, and how book usage varied between the center(s) and the peripheries.

Thom Gobbitt was awarded his doctorate in medieval studies from the University of Leeds in 2010, and since 2012 has been a postdoc at the Institut für Mittelalterforschung of the Austrian Academy of Sciences (OEAW) in Vienna. He has researched on various projects centred on the book cultures and legal literacies of Lombard laws, Carolingian and Ottonian capitulary collections, and Lombardist legal studies. His research stands at the intersection of the History of the Law and the History of the Book, where through the framework of the materiality of Lombard law-book he explores mise-en-page and paratext, socio-legal contexts, legal imaginations and literacies and scribal strategies in re-writing the laws.

This website uses cookies to improve your experience while you navigate through the website. Out of these, the cookies that are categorized as necessary are stored on your browser as they are essential for the working of basic functionalities of the website. We also use third-party cookies that help us analyze and understand how you use this website. These cookies will be stored in your browser only with your consent. You also have the option to opt-out of these cookies. But opting out of some of these cookies may affect your browsing experience.
Necessary Always Enabled
Necessary cookies are absolutely essential for the website to function properly. This category only includes cookies that ensures basic functionalities and security features of the website. These cookies do not store any personal information.
Non-necessary
Any cookies that may not be particularly necessary for the website to function and is used specifically to collect user personal data via analytics, ads, other embedded contents are termed as non-necessary cookies. It is mandatory to procure user consent prior to running these cookies on your website.
SAVE & ACCEPT